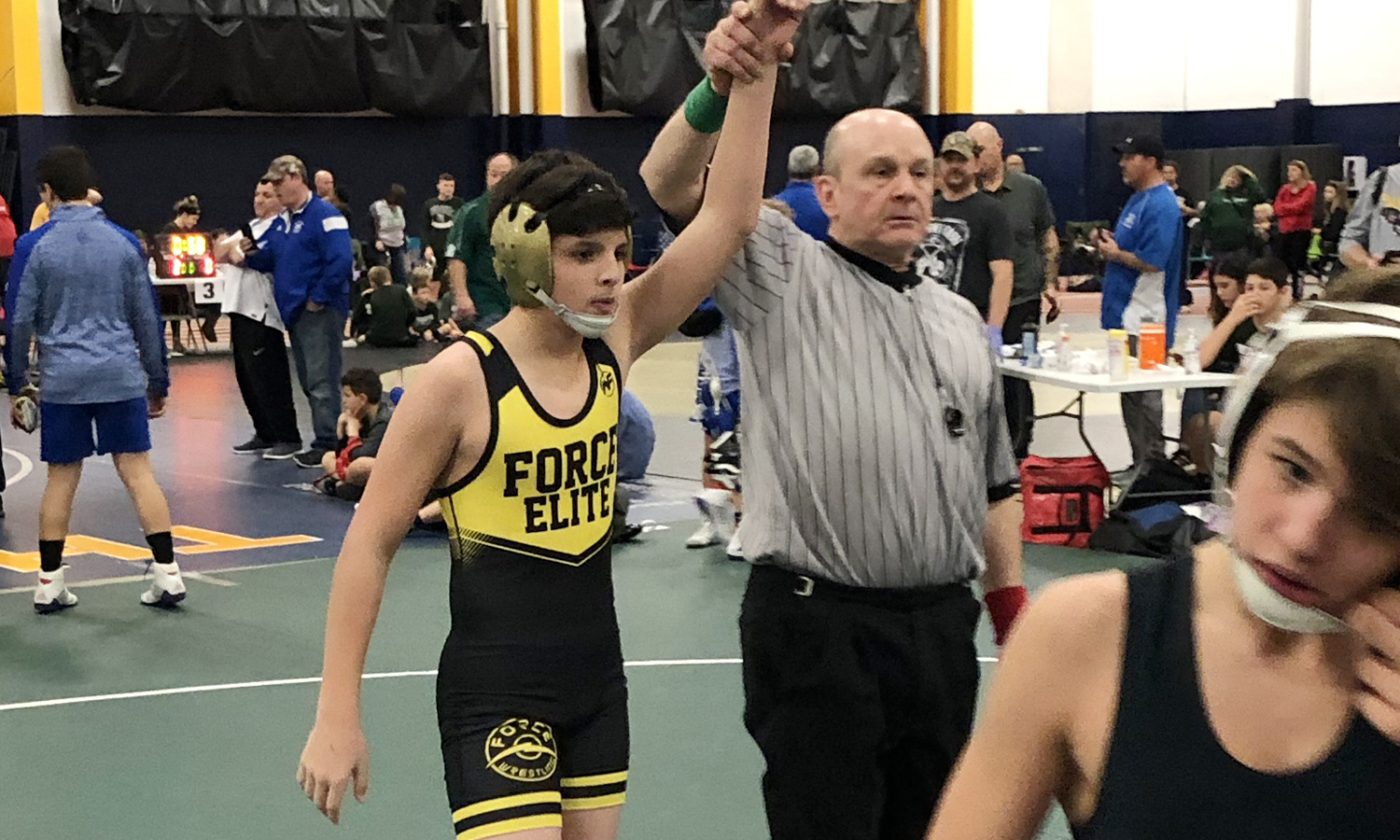 Thirty-eight members of the Force Elite wrestling team opened their 2019-20 seasons with a strong showing at the annual Oak Forest Green and White Invitational. The tournament was held at Thornwood High School on Sunday, December 8th and featured 650 wrestlers from nearly 30 different area clubs. Force Elite placed 6th overall as a team with 31 wrestlers placing in the top 5 to take home medals.

Force had 22 wrestlers reach the championship match with 12 coming away with titles. The Novice division wrestlers led the charge for Force with 5 individual champions including Sean Valentine, Tom McDermott, Luke Hamiti, Xander Keslin, and Raphael Tovar. The bantam division saw three more wrestlers earn first place with Lorenzo Gonzalez, Matt Kendall, and Matthew Gundersen all earning gold. A pair of intermediate division wrestlers found the top of the podium as Tanner Stone and Colton Schultz each won titles as well. The youngest Force wrestler to win first place was Braden Lundy in the Tot division. Niko Duggan was the lone champion for Force in the Senior division and also recorded a 16-second pin in the semi-finals, which was the fastest fall in the Senior division. A 10-second pin by Lorenzo Gonzalez was the fastest fall of the day by any Force Wrestler.

Congratulations to all of our wrestlers who competed this weekend. The Force wrestlers return to the mat this Sunday as they host the 14th Annual Force Challenge at Plainfield East High School. The tournament is known to be one of the toughest around as many of the state’s top teams will be among the 30 team field. Action begins at 9:00 a.m. and will feature realtime results on Trackwrestling.