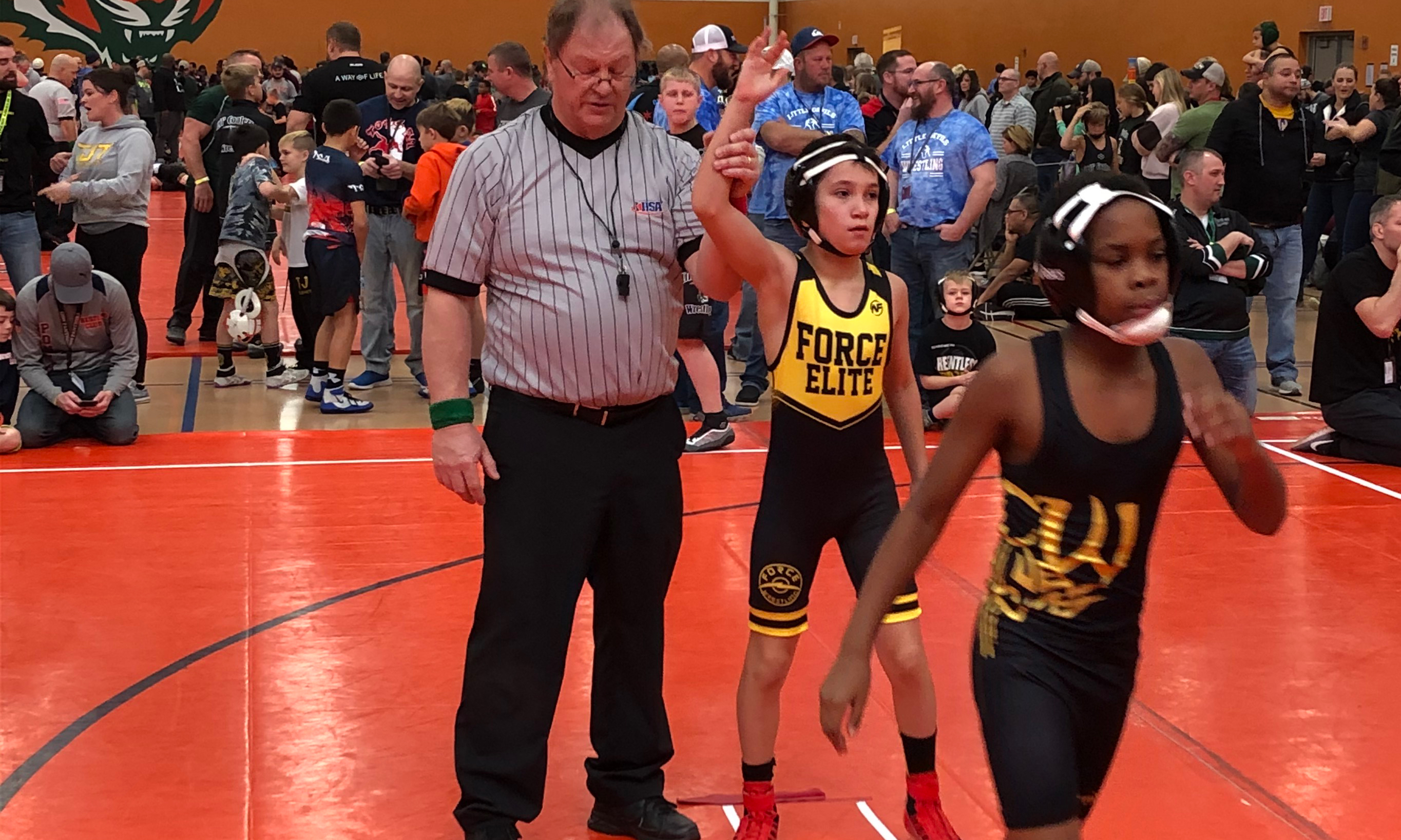 The Force Elite wrestling program held their annual Force Challenge this past Sunday at Plainfield East High School. For the past 13 years this tournament has been known as one of the most competitive and toughest in the state. This year was no different as the tournament drew nearly 700 wrestlers from 36 different clubs.

For Gonzalez, Kendall, Tovar, Schultz, and Valentine it was their second first place finish in as many weeks. Another 18 Force wrestlers finished in the top 3, while 13 additional wrestlers claimed 4th and 5th place medals.

Force wrestlers combined for 42 pins on the day which was the second most of all teams in the tournament. Nolan Vogel snagged the clubs fastest pin of the day with a 14-second fall in his third place match. Colton Schultz, who pinned all three of his opponents in a total time of 3:13 was the third best of the entire tournament. Raphael Tovar also finished the day with 3 pins.

The Force wrestlers return to the mat later this week as they send wrestlers to the Junior Porter Invite at Lockport East High School as well as many of their veterans to the Joe Tholl Invitational at Shepard High School.