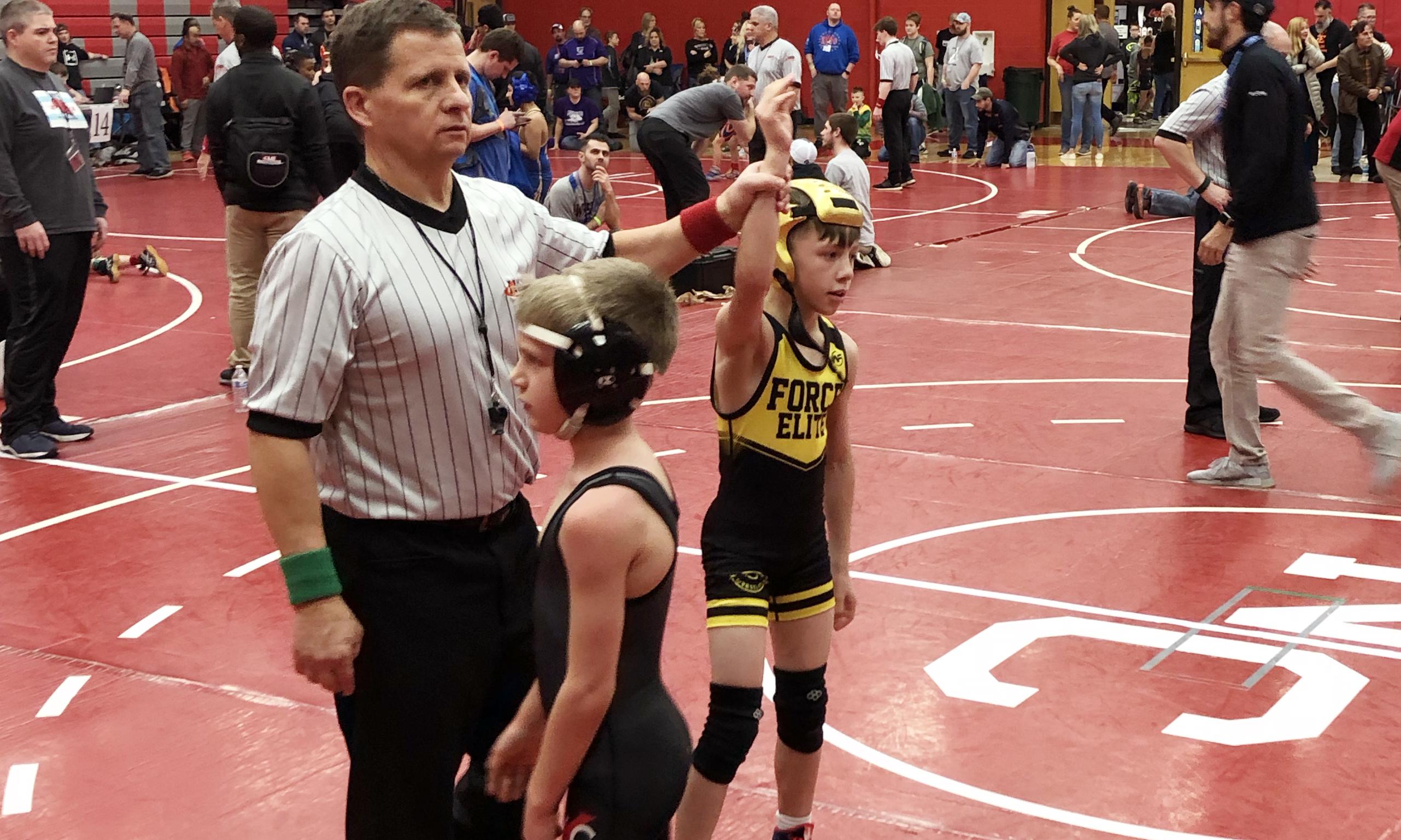 The Force Wrestlers traveled to nearby Naperville Central High School to attend the annual Naperville Wrestling Club Invitational which featured top level competition from a field of nearly 60 clubs. Twenty-four Force wrestlers were among the 900 individuals competing for medals.

Force finished the day with 20 medalists including 8 champs. The Novice and Intermediate division wrestlers continue to shine for the club as each of those age groups produced 3 champs each. Intermediate champions include: Finn McDermott, Colton Schultz, and Tanner Stone, while the trio of Christian Czerwinski, Luke Grindstaff, and Sean Valentine all grabbed first place in their Novice division brackets. Landon Godeaux took home the top spot in his Bantam bracket as did veteran Ino Garcia in his Senior division weight class.

Force wrestlers tallied 22 pins for the tournament with the fastest of the day coming from Niko Duggan in the senior division (:18 seconds). Tom McDermott scored 30 total match points during his 3 novice division matches which was also a team high for Force.

Competition continues for the Force wrestlers this Sunday at they compete at the Battle of the Plains Tournament at Plainfield North High School.