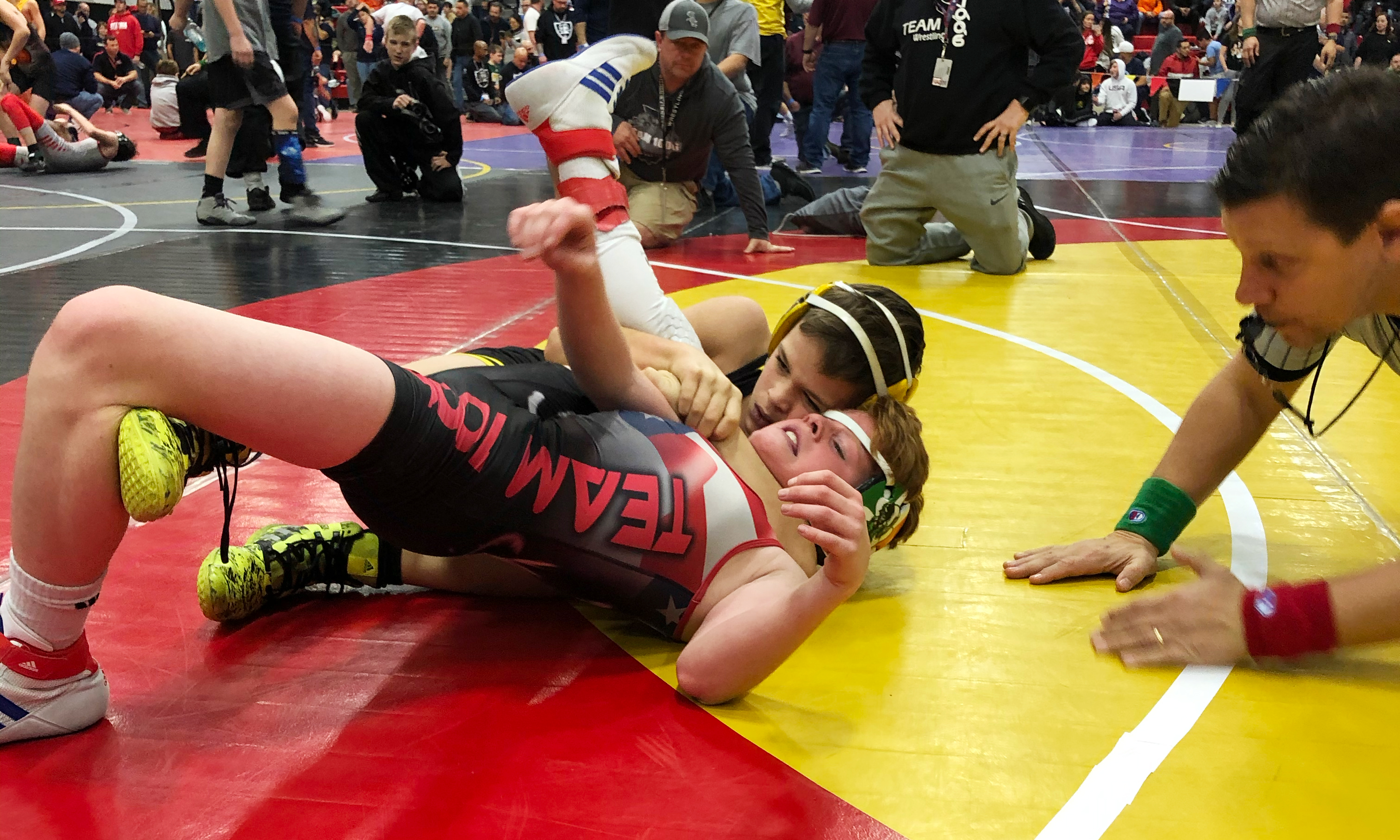 This week’s tournament saw the Force wrestlers travel over to Bolingbrook High School for the annual Bob Jahn Memorial Tournament, one of the state’s largest tournaments with nearly 1400 wrestlers. Force Elite wrestled their way to a 5th place team finish in a tough field with over 50 clubs on hand. Of the 37 Force wrestlers competing, 34 of them came home with medals for placing in the top 5.

Force wrestlers pinned a total of 36 opponents throughout the day, but none faster than Christian Czerwinski’s 16-second fall in the novice division. Tom McDermott’s 3 pins in a total time of 3:38 topped all wrestlers in the tournament’s novice division. Vince Skedel and Leo Tovar each had 3 pins as well. Colton Schultz scored a total of 30 match points to lead Force in that category.

Action resumes this Sunday as several of our wrestlers head to Springfield for the annual IKWF Jon Davis Kids Open.