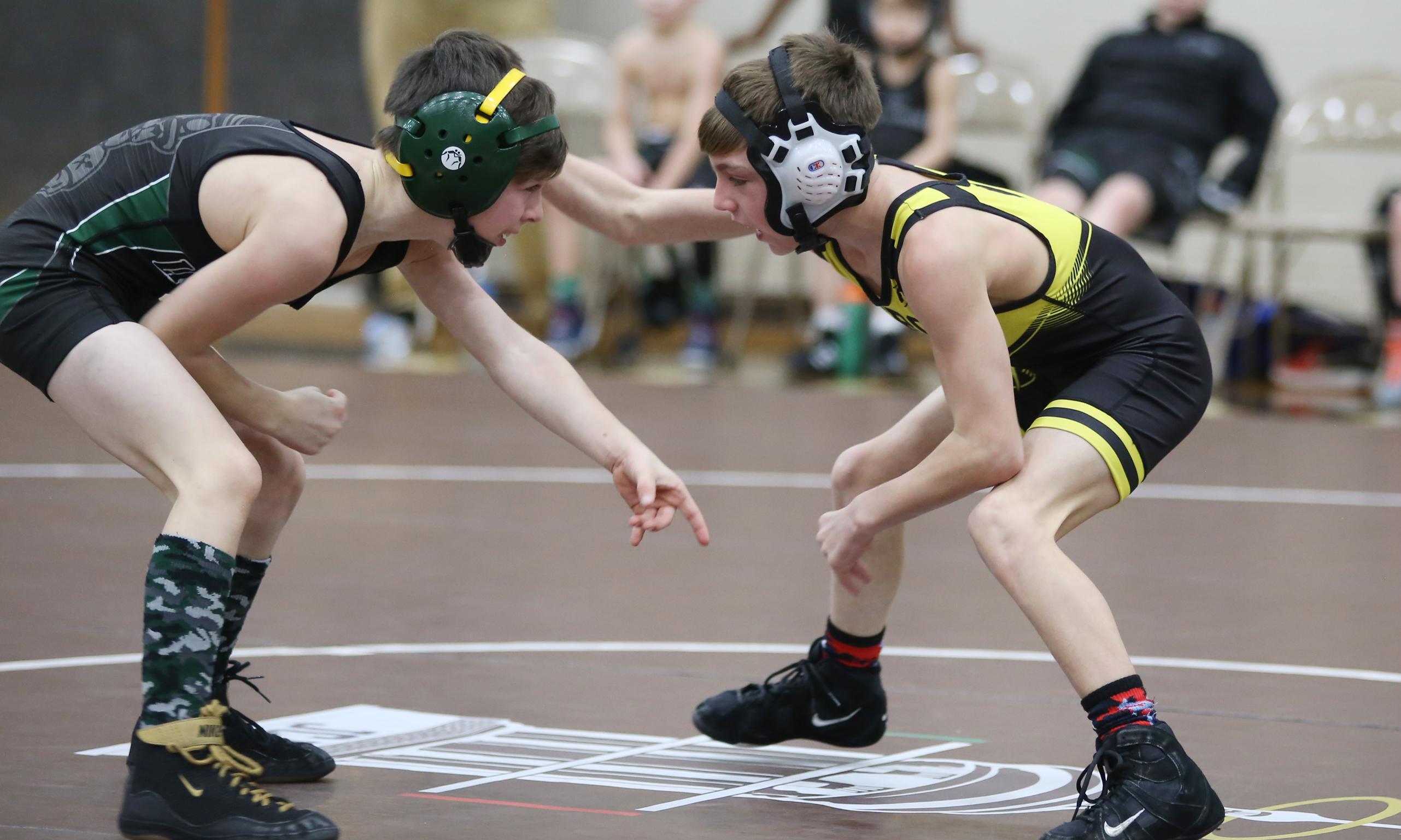 Force Elite sent 13 of their grapplers to Springfield this past Sunday to compete in the I.K.W.F. Jon Davis Kids Open. The tournament was held at the Bank of Springfield Center and drew nearly 1400 wrestlers from all over the state of Illinois. Wrestlers age 8 and up had the option to compete in either the elite or open age division brackets. Four Force Elite wrestlers competed and placed in the challenging elite division with 3 placing in the top 4 and another grabbing first place.

Another five Force wrestlers took home titles in their weight classes of the open age divisions. Leonardo Tovar and his brother Raphael both earned championship medals by winning their brackets in the senior and novice divisions. Tanner Stone defeated 3 downstate opponents enroute to his first place finish in the intermediate division. A pair of bantam wrestlers returned home with gold medals of their own as Matthew Gundersen and Matt Kendall both went 2-0.

Jeovani Arreola placed 2nd, while Noah Rauen and Lorenzo Gonzalez each finished 3rd. Ben Gluszek picked up a 4th place medal to round out the Force place winners.

Raphael Tovar had a team high 3 pins during the tournament while Matthew Gunderson secured the fastest pin of the day for Force with a 13-second fall. Tanner Stone scored a total of 26 match points in 3 matches to lead the Force in that category.

Force wrestlers return to the mat this weekend as many of the new wrestlers will compete Saturday in Palatine at the Harper Rookie Tournament, while the rest of the team will head to Braidwood on Sunday to wrestle in the Reed Custer Invite.