Force closes out regular season with 9 champs at Pontiac 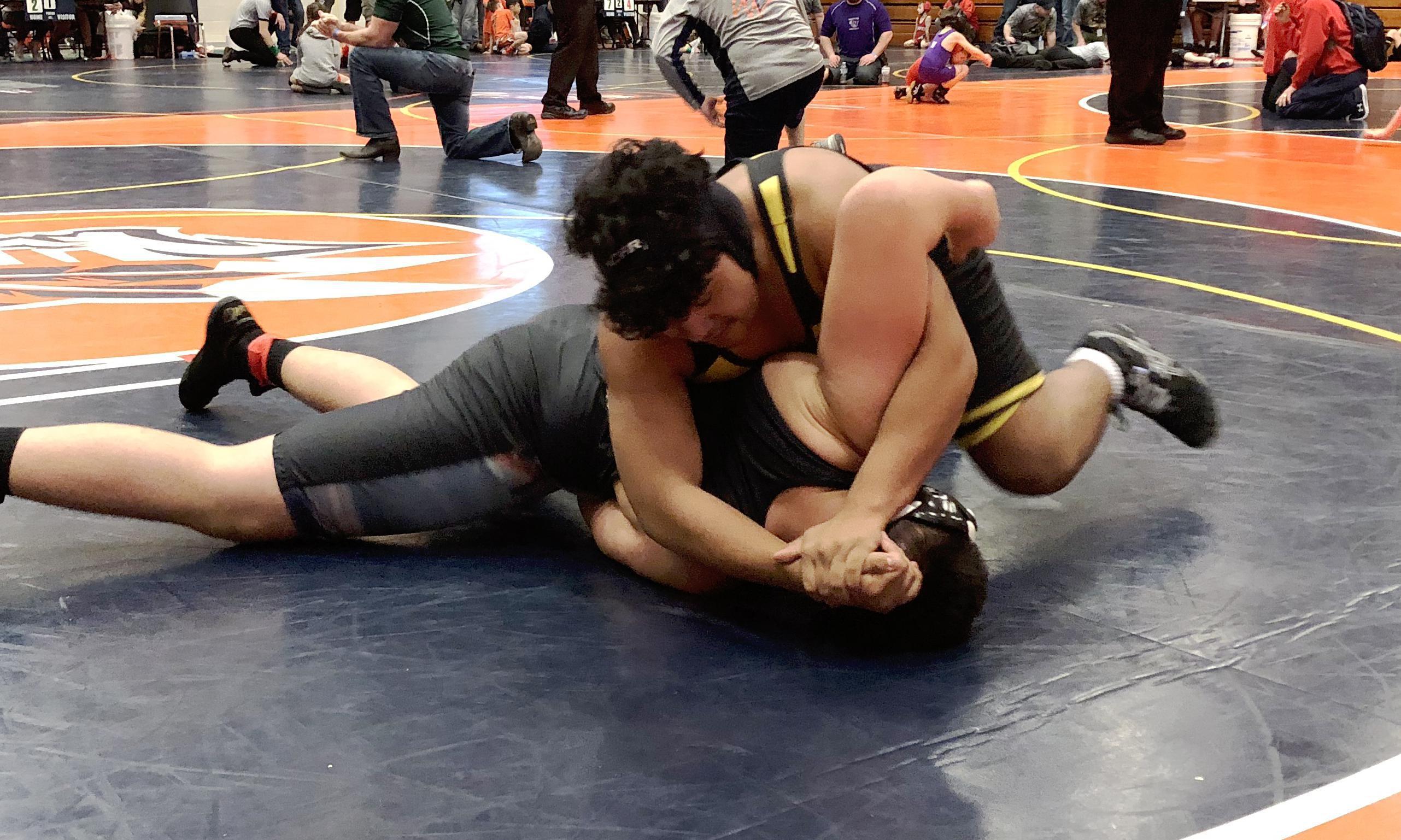 The Force wrestlers traveled south down I-55 Sunday for their final regular season test at the Pontiac Kids Open. Sixteen Force grapplers competed in the round-robin style tournament that drew just over 400 kids from 24 teams.

On the day, Force wrestlers tallied 48 wins with only 9 losses. Nine wrestlers earned first place trophies including 6 from the Bantam and Intermediate age divisions. Matt Kendall, James Mitchell, and Isaac Velazquez each won titles in the bantam division while Finn McDermott, Noah Rauen, and Colton Schultz took home gold in the intermediate division. Tom McDermott and Raphael Tovar each pinned all of their opponents to secure first place medals in their novice division brackets. Leonardo Tovar won all four of his matches as he captured first place in the heavyweight class of the senior division. Seven remaining Force wrestlers all placed in the top 3 including 5 silver medalists.

Force wrestlers combined for 37 pins on the day which was one short of the tournament high by Yorkville. Raphael Tovar picked up the team’s fastest pin of the day with an 11-second fall, while Tom McDermott was one of four wrestlers in the tournament to win all five matches by pin. Gabe Rotkis scored 41 match points throughout his 5 matches to lead Force in that category.

Up next for Force is the IKWF Regional Championships this coming Saturday at Providence Catholic High School.