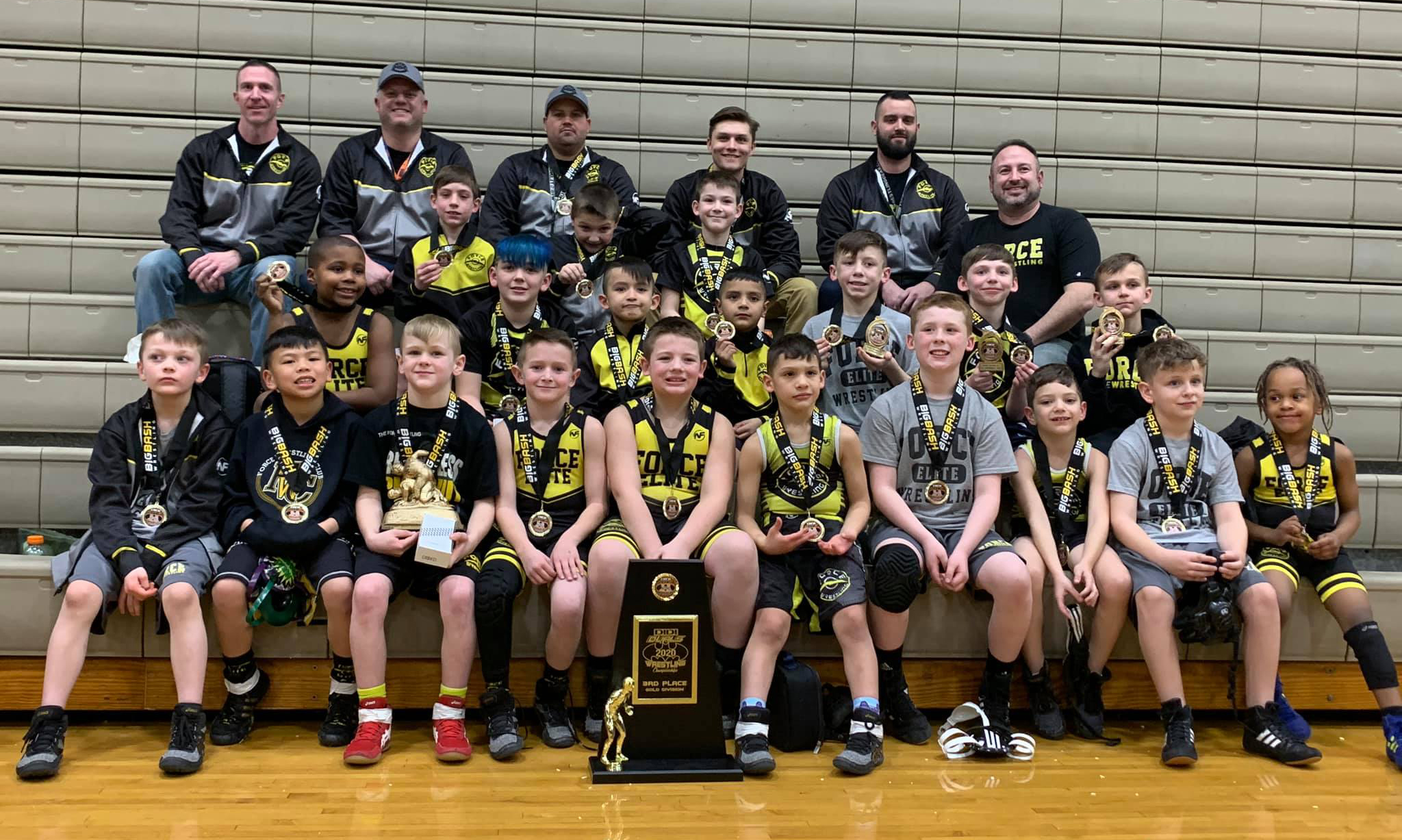 The Force Elite 10U dual team won four of five duals Sunday to capture 3rd place at the annual DiDi Duals Tournament held at Richards High School in Oak Lawn. Force fielded a relatively young, but tough roster of 20 wrestlers to compete in the 16 team field.

In the opening round of competition, Force defeated Vandalia 28-23 while winning 7 of 13 bouts. In round 2, Force knocked off a short-handed Arlington Cardinals squad 47-12. The final round of pool competition saw Force win 9 of 13 matches in a convincing 39-19 victory over Plainfield Wrestling Club.