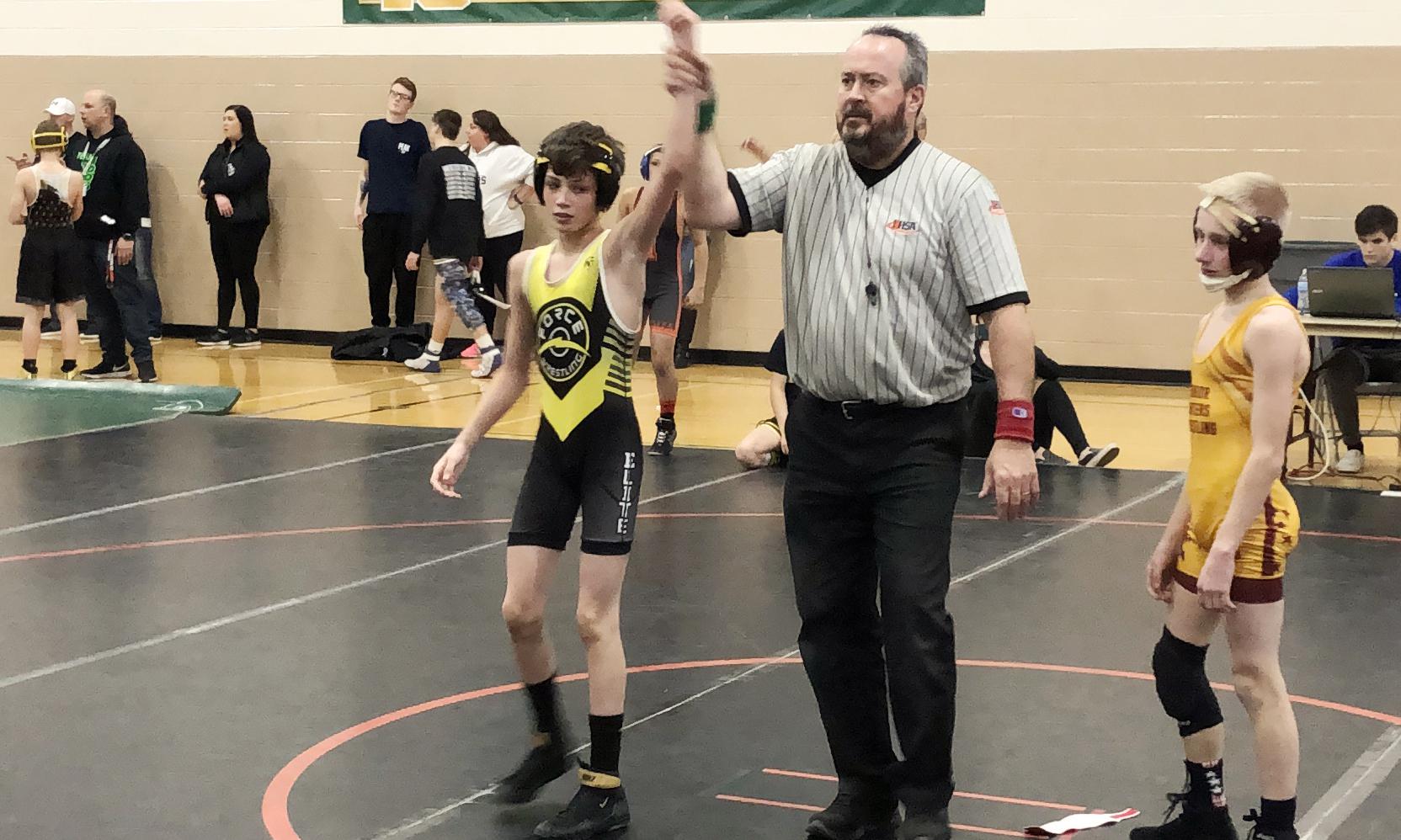 The IKWF State series began today for the Force Elite wrestlers as they traveled to Providence Catholic High School for the South Chicago Regional Championships. Force entered 30 of their wrestlers into the competition and finished 5th overall in the 12-team field. Eight wrestlers came away with gold medals while another 20 finished in the top 6 of their brackets.

The bantam division accounted for 3 individual champs including Lorenzo Gonzalez (54 lbs), Matt Kendall (59 lbs), and Cannon Kinsella (95 lbs). The intermediate division was led by Finn McDermott (64 lbs) and Colton Schultz (70 lbs), each turning in strong performances to earn gold in their weight classes. Tom McDermott (93 lbs) and Raphael Tovar (125 lbs) continued their winning ways in the novice division capturing the top spots in each of their brackets. Force Elite veteran Ino Garcia (84 lbs) punched his ticket to sectionals in the senior division after securing a gold medal in his final regional tournament with the club.

As a team Force finished with 24 total pins, which was 3rd best in the tournament. Six Force wrestlers had multiple pins on the day, but Finn McDermott’s two pins in 53-seconds was the team’s best for the day. Matthew Laird put up 26 total match points during his 5 matches to lead the club in that category.

Action resumes next Saturday as 21 of the intermediate, novice, and senior wrestlers compete at the South Chicago Sectional Tournament at Shepard High School.