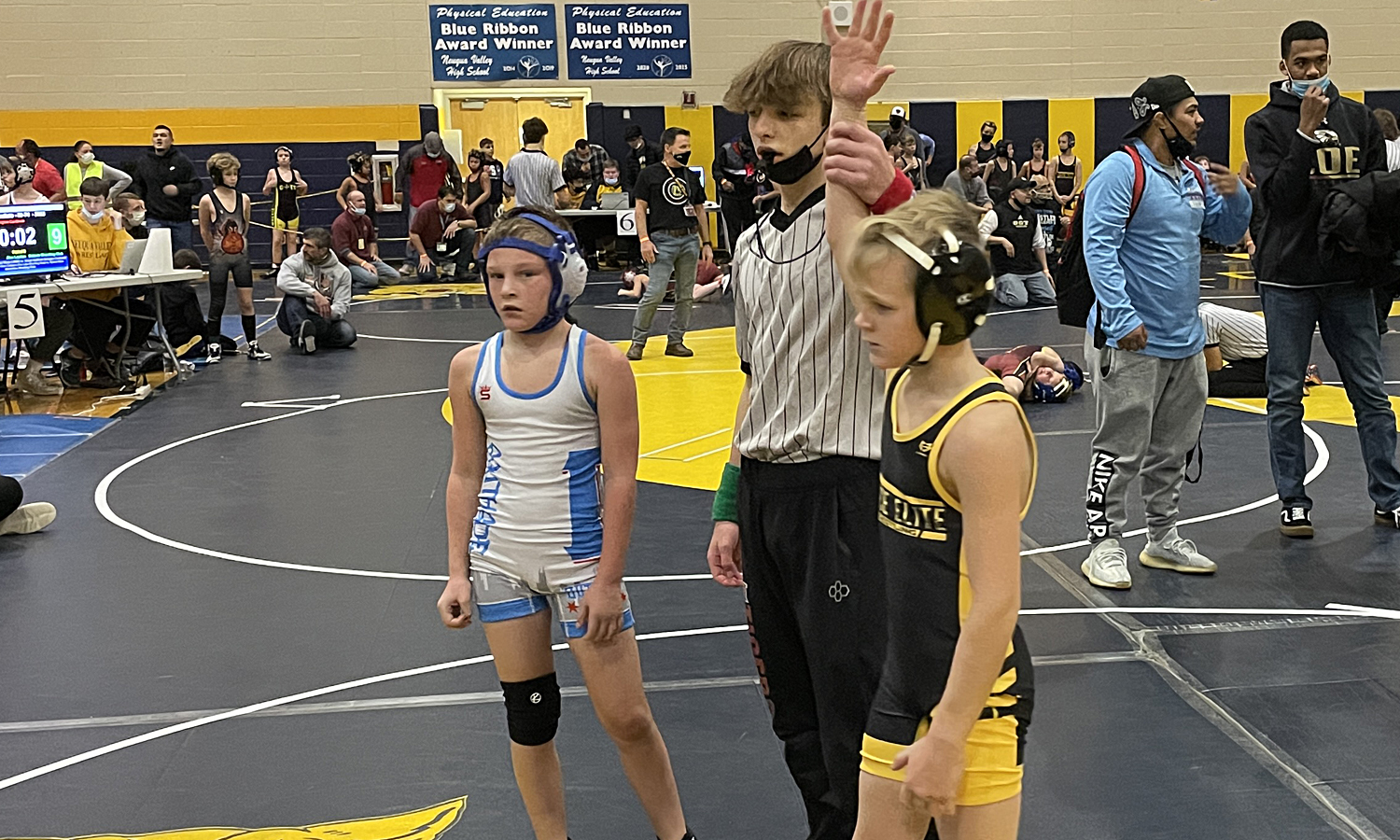 Force Elite came away with 13 individual champions on the day, claiming titles in each of the five age divisions. Jack Kappas won a title in the tot division after a pin and technical fall. The bantam age group produced the most champs with 7, including Jayse Amico, Oz Bellamy, Sebastian Cerneichi, Mickey Gunder, Brooklyn Rauen, Nora Rauen, and Leo Slak. A trio of 10 year old wrestlers won titles in the intermediate division which included Desean Jackson, Finn McDermott and Noah Rauen. Christopher Easley won the sole championship in the novice division while Tom McDermott took home the lone title in the senior division.

Finn McDermott led the team with 26 team points from 3 pins while Christopher Easley recorded the club’s fastest pin of the day with a 9-second fall against his St. Charles opponent.

Congratulations to all of our wrestlers who competed this weekend. For a complete listing of all results CLICK HERE. The Force wrestlers return to the mat next Sunday when they host the 15th annual Force Challenge at Plainfield Central High School.