Twenty Force Wrestlers Earn Axes at Battle of the Plains 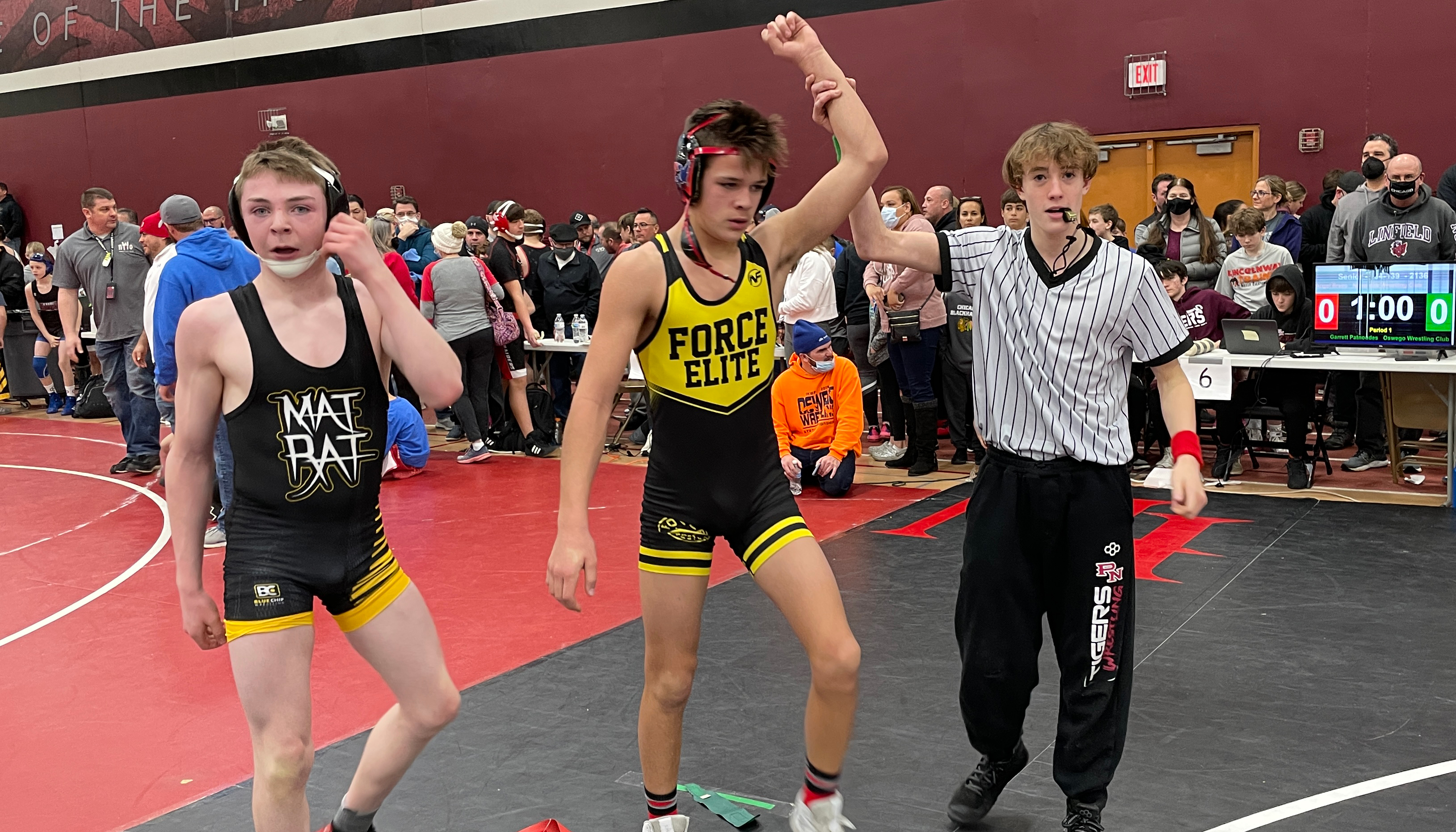 PLAINFIELD, IL - The Force Elite wrestlers turned in many strong performances at the annual Battle of the Plains tournament held at Plainfield North High School. A squad of 54 wrestlers competed in the round robin format tournament which featured over 950 wrestlers. Forty-two wrestlers came away with medals and a season-high 20 Force wrestlers took home first place Battle Axes.

Force wrestlers accounted for 60 pins on the day which was second best in the tournament. Nolan Krnac recorded Force’s fastest pin of the day with an 8-second pin against his Wilmington opponent. Noah Rauen scored a tournament high 20 match points in a tech fall victory over his Yorkville opponent. Overall Force Elite finished 5th out of 47 in the team race.

The Force wrestlers return to the mat next Saturday as they travel to Minooka for the John Carey Open.