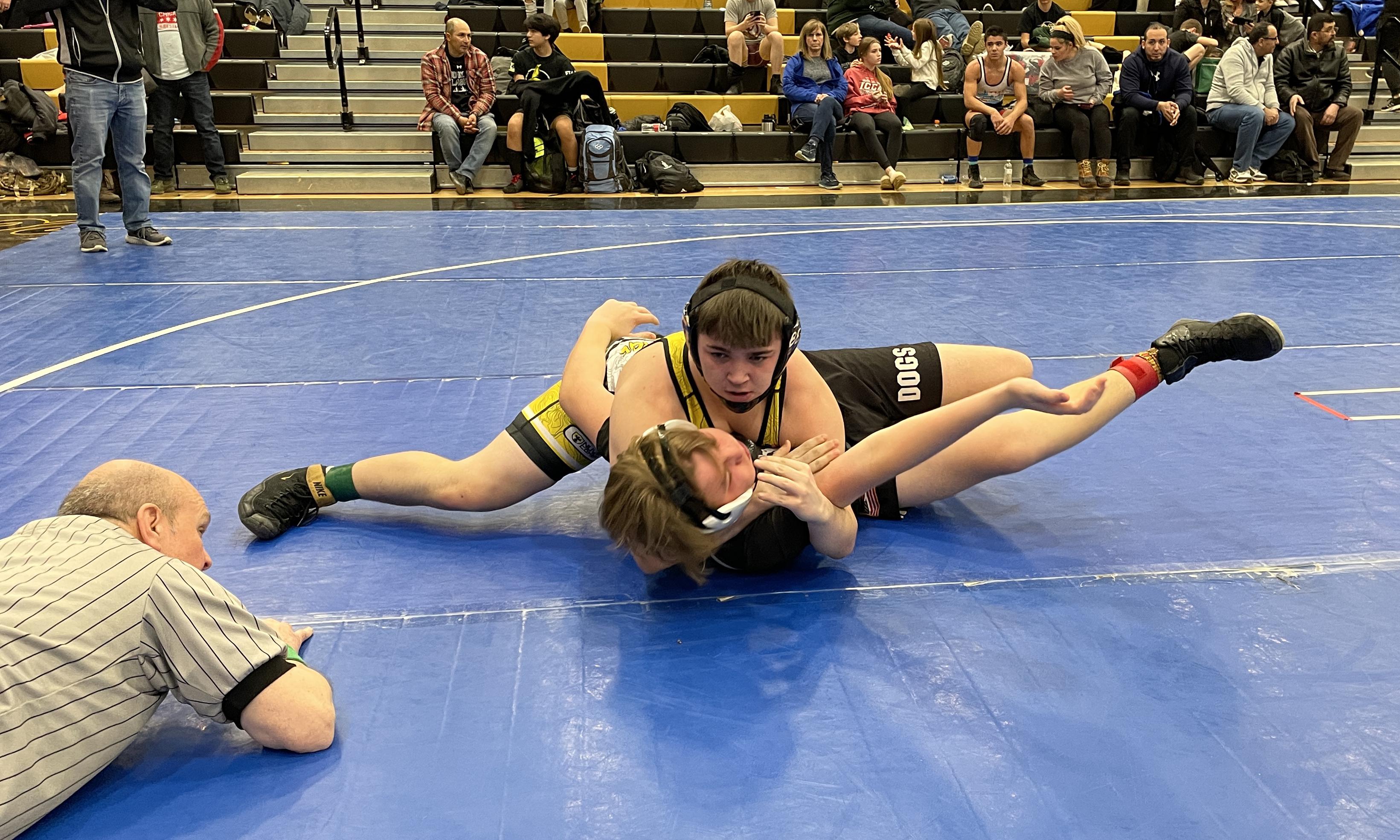 TINLEY PARK, IL - Force Elite took a squad of 50 wrestlers to Andrew High School Sunday to compete in their final regular season tournament. Xander Keslin was one of 14 wrestlers to reach the top of the podium for Force and the only wrestler to pin  three opponents while winning his senior division bracket.

Six other wrestlers pinned their way to Gold with a pair of falls each including Blaze Cabage, Ashton Murphy, Chris Easely, Michael Tasnic, Nora Rauen, and Brooklyn Rauen.

As a club, Force posted 76 victories on the day with 43 total pins which was 2nd most among the 50 teams competing. The club’s Senior and Bantam division wrestlers led the tournament in most pins for those age groups. Seniors had 12 pins and Bantams had 13 pins. Twelve Force wrestlers captured 2 or more pins on the day including Chris Easely who came away with the club’s fastest fall of the day with a 12-second pin against his opponent from MadDog Wrestling Club. Anastasia Arreola and Finn McDermott each scored a team high 20 match points in tech-fall victories over their opponents.

The Force Elite wrestlers return to the mat this Saturday with the start of the state series. Plainfield East will host the IKWF South Chicago Regional Tournament which will feature 10 clubs from the surrounding area. The top 6 wrestlers from each weight class in the Intermediate, Novice, and Seniors Divisions will advance to next week's Sectional tournament at Shepard High School. Action begins at 8:00 am.